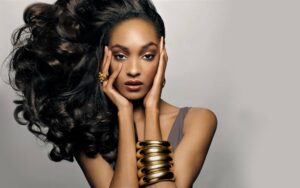 Maybelline New York is known for quality products at affordable prices. The Company got its roots in 1915 when 19-year-old Thomas Lyle Williams got a brainstorm while watching his older sister at her vanity table. Williams’ older sister, Mabel, was applying a mixture of Vaseline and coal dust to her eyelashes to help them appear darker and fuller. Williams got the idea to adapt his sister’s DIY beauty routine into a new formula using his chemistry set. The result was a product called “Lash-Brow-Ine” which he sold locally. Eventually, Williams renamed the eye product “Maybelline” in honor of his sister. 1917 saw the year that the company produced Cake Mascara which was the “first modern eye cosmetic for every day use.” Next came Ultra Lash ( 1960’s ). This was the first mass market produced automatic eye product. Eventually, as we know, the Company expanded to include a full selection of beauty products ranging from eyes to lips to foundations and more. Maybelline New York has become a mega-trendsetter in the beauty industry, especially when it comes to eye products ( after all, the company began with an eye product ). Here are my top picks for  Maybelline New York Eyeshadow Palettes you want to have on your vanity for this Fall season.

If you liked this article, please check out Gigi Hadid: The Face Behind the Cosmetics.